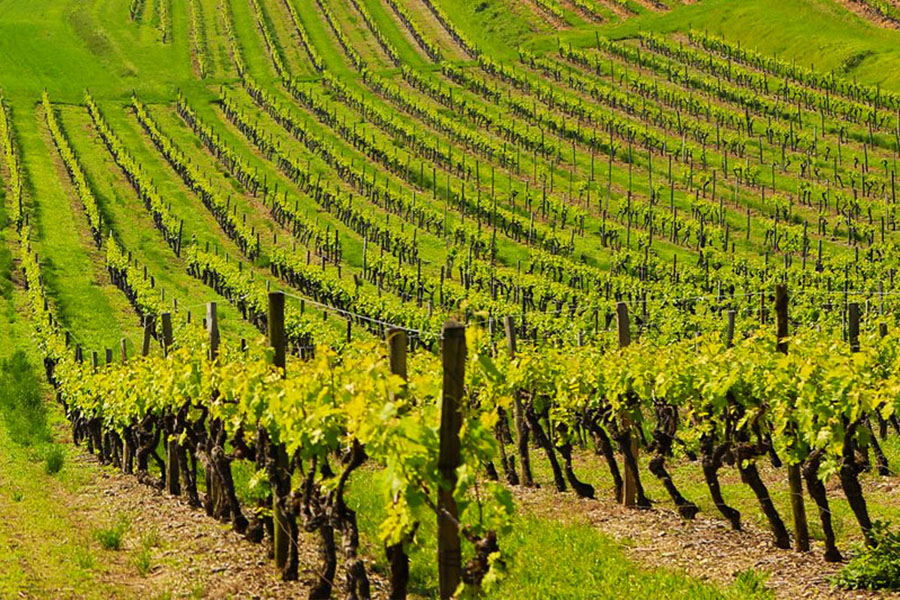 When General de Gaulle famously questioned: “how can you govern a country French cheese that has 246 kinds of cheese,” he was de Gaulle confirming that the historical conflicts amoung France’s many peoples belie the fiction of a cohesive Belle France.

One of the most quarrelsome regions of France has been Champagne, which has since antiquity been the venue of France’s bloodiest battles; and, more recently, the source of perhaps its most iconic wines. It seems that when the Campenois have not been fighting the Romans or the Germans, they have often turned on themselves, perhaps just for practice.

The province and viticole of Champagne have historically been divided into two sectors. The northern Marne, with Reims as its center of gravity, is comprised of the Montagne de Reims, the Vallee de la Marne, and the Cote des Blancs. The portion of the Champagne viticole in the southern sector of the Aube, which revolves around the city of Troyes, is the Cote des Bar. The rivalries and conflict between the Marne and the Aube have deep historical roots that continue into the present. For at least the past 100 years, the casus belli has been economic conflict arising from the highly lucrative Champagne trade. Although both the Marne and Aube grow grapes and make Champagne, the two rivals have competed to dominate, each trying to marginalize the other.

To the extent that the Marne has become more dominant than the Aube since the Middle Ages, and Reims grew ascendant over Troyes, the northerners have been positioned to define the terms of conflict.

In the first part of the twentieth century, they prevailed upon the central authorities in Paris to designate to Marne as the premier part of Champagne and to denigrate the Aube as secondary. This prompted violent protest in the Aube which came very close to open insurrection in 1911-14, diverted only by the outbreak of the First World War. Although the southerners succeeded after the War in overturning their disparaging second-class status, the damage had largely been done, and the Aube has since played a decisively secondary role in the Champagne trade While Aube grapes have consistently formed an essential part of the blends, the Marne has garnered all the glory. The best-rated vineyards and most powerful Champagne houses have invariably been situated in the north. Even today when most oenophiles think of fine Champagne, it is almost invariably from the Marne.

The worm has begun to turn, however, and serious wine lovers increasingly focus on the Aube. One of the reasons for this change is that the very success of the Marne has all too often led to an inflexible embrace of traditional practices and a resistance to innovation and creativity. Vignerons in the Aube, in contrast, unfettered by the shackles of their past, have been free to experiment and try new approaches. The Marne remains in many ways a captive to the Grandes Marques and to the prevalent practice thereof buying in grapes and blending wines in pursuit of a “consistent house style.” Thus, for example, while many in the north are mired in the past, still robotically blending Champagne for the sweet tooth of the Russian Imperial Court, many creative young Aubois are crafting low dosage Champagne more suited to modern palates and cuisine.

Although the Aube is situated halfway between Beaune and Reims, Aubois vignerons incline more towards their brethren in Burgundy by reason both of geographical influences and personal chemistry. Aubois vignerons, strongly influenced by their Burgundian neighbors, appreciate the relative value of terrois over uniformity. Significantly, the Kimmeridgean marl and Portlandian limestone of the Aube more closely resembles the soil in Burgundy (and especially Chablis) than the more homogeneous Cretaceous chalk of the Marne. Historically disparaged by their virals in the Marne, the Aubois have eagerly embraced the philosophy and innovations of the new generation in Burgundy. While the feet of the aubois are firmly planted in Champagne, their hearts belong to Burgundy.