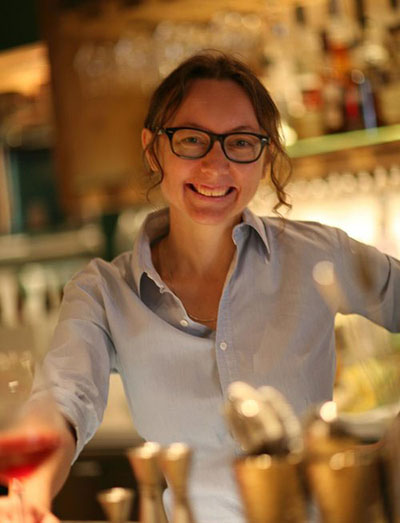 Pascaline Lepeltier, M.S., is one of the best-known and most influential members of the international wine community. Born in Anjou, France, in the heart of the Loire Valley, Pascaline earned degrees in philosophy and hospitality before focusing her energies on wine. She trained under the renowned Eric Beaumard (“Best Sommelier in the World” 1998) at the Michelin 3-star Le Cinq in Paris and subsequently relocated to New York, where she won certification as a Master Sommelier.

As Beverage Director at the sustainability-oriented Rouge Tomate, Pascaline built a dynamic list with more than 2000 references, emphasizing natural, organic, and biodynamic wine. The list was selected as Best Long List in the World 2017 by World of Fine Wine. Pascaline is generally recognized as one of the leading authorities and proponents of the wine from her native Loire Valley.