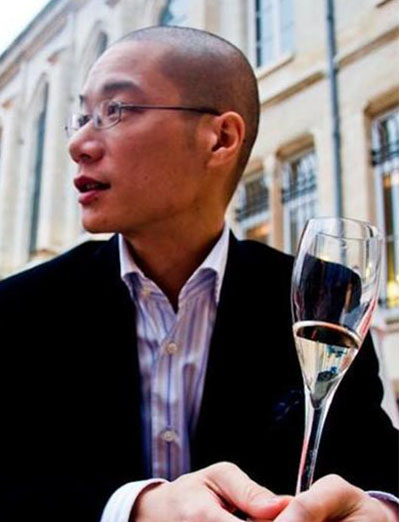 Peter Liem is an American wine writer, and author of ChampagneGuide.net, an award-winning and highly acclaimed online guide to the wines and wine producers of Champagne. Following nearly a decade in the wine trade, he was a senior editor, critic and tasting director for Wine & Spirits magazine, and his writings on champagne, sherry and other wines have appeared in publications such as The World of Fine Wine, The Art of Eating and The San Francisco Chronicle. Liem has also served as Champagne consultant for the 7th edition of The World Atlas of Wine, by Hugh Johnson and Jancis Robinson.

He recently authored, together with Jesús Barquín, Sherry, Manzanilla & Montilla, which Jancis Robinson has praised highly, and which Ray Isle of Food & Wine magazine says is “arguably the single best book ever written on sherry.” In addition, he has partnered with Rosemary Gray to create Sherryfest, one of the world’s largest sherry events, featuring sherry tastings, educational seminars and sherry dinners with participating winemakers.

In a similar vein, he has partnered with Daniel Johnnes of La Paulée de New York to create La Fête du Champagne, the most high-profile Champagne event in the United States to date. Making its debut in October of 2014, La Fête du Champagne features a selected group of the region’s finest producers, not only well-known houses such as Louis Roederer, Krug and Dom Pérignon, but also elite growers such as Anselme Selosse, Alexandre Chartogne and Vincent Laval.

Liem currently divides his time between New York City and the Champagne region of France, and can frequently be found in the sherry country as well. His forthcoming book on champagne will be published in 2017.